“A bore is a man who deprives you of solitude without providing you with company.” – Gian Vincenzo Gravina

Looking for Coach Robinson? You can try one of the avenues below (see note on the bottom of this post): 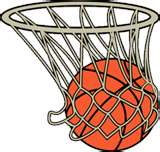 You can also contact one of Coach Robinson’s Assistants at:

If you have questions on the tournaments we host (hotels, game sites, volunteering), please email Mike at tourneydirector@wsstealers.org.

Understand that there are close to 120 (+) players (total) in the Winston-Salem Stealers Program. He will try and get back to you as soon as he can. This does not include other basketball-related and non-basketball-related phone calls and emails that Coach Robinson receives during the day. It is much easier to email/text him.

The worst thing you can do for any program is to fear the consequences of success. – Anonymous

It’s a lot harder to hit a moving target…

2019 Winston-Salem Stealers Board Of Directors

The 2008 Season will bring about a new direction for the Development Portion (8s-12s) of our program.We are going to a skills-based program focused on fundamentals, and conditioning (both physical and mental conditioning). With limited time and space during the week in the past, it is not always easy to work on team concepts, and still, have time for skill work. Yet, with the plan that will come into play for the 2008 Season, this will be possible.We will still play AAU regionals, states and nationals with the 8-12 age groups, but begin to introduce skills training and conditioning to the younger participants.This will allow each younger player to have a strong base of fundamentals as she moves into her high school years.It will also allow all of our parents and players to have the same mind set. If stressing and then reinforcing the importance of fundamentals, and conditioning (not just physical conditioning but mental conditioning as well), it takes out the manipulation that can happen in these age groups.

Having ten different sets of parents with ten different sets of goals will ultimately lead to conflict now or in the future. That conflict arises from some trying to manipulate the present situation to best fit their daughter. Some want to win the states or the nationals, others want to make new friends and have fun. Some want to just get better for their future school teams, and others want to go after that college scholarship.

The change in our program leads to one central track that we are going to be on and nullifies the manipulation. Naturally, some won’t get it, but I do believe that the majority will, and those that do will have a great experience.

The removal of our 13-17 AAU-Only Teams is part of the new change as well. With the advent of our 13-17 292 Travel Teams this past year, it has lessened the importance of playing in local invitationals. Our travel teams are playing in events that will help them with their future goals of maybe receiving that college scholarship. Thus, our travel teams have weakened our AAU-Only 13-17 Teams, so those teams no longer serve the purpose they once did 2-3 years ago.

Not everyone on our 13-17 Non-AAU travel team(s) will receive that prized scholarship, but by playing and practicing at such a high level each week, and month during the year, they are reaching the other goals mentioned above: making friends, having some fun, being better for their school teams, etc…

Again, these changes are based around the premise of fundamentals.

Putting the pieces of this puzzle together will be explained at the parent meetings at the beginning of each season.

I think you’ll like the direction we are heading towards with this program!!!

C. Vivian Stringer, Rutgers Women’s Head Coach On the folding of two WNBA teams:
“There was a time that we played for the love of the game. I am actually going to give you two answers on this. One is, I think that maybe parents will back off, and maybe kids will begin to play the game for the right reason. I say that because you also notice, coincidentally, during this time that we have had the WNBA success that there has been a whole lot of transferring. There is a whole lot of kids that are coming in here (to college teams) thinking that they are all that, always looking for the program that allows them to have the mat and to let them do their thing. The one thing that has always been true about women’s athletics is that it was always for the love of the game. You played and gave everything you possibly can just because you enjoyed playing team basketball together. And then it gets to the point that it’s “Where’s mine?” because I got to make sure that I am in the draft, so you begin to lose this team thing and you begin to wonder what are you looking at?Sounds a lot like the attitude of many players in the men’s game. Nothing is worse than that moment during an argument when you realize you’re wrong.